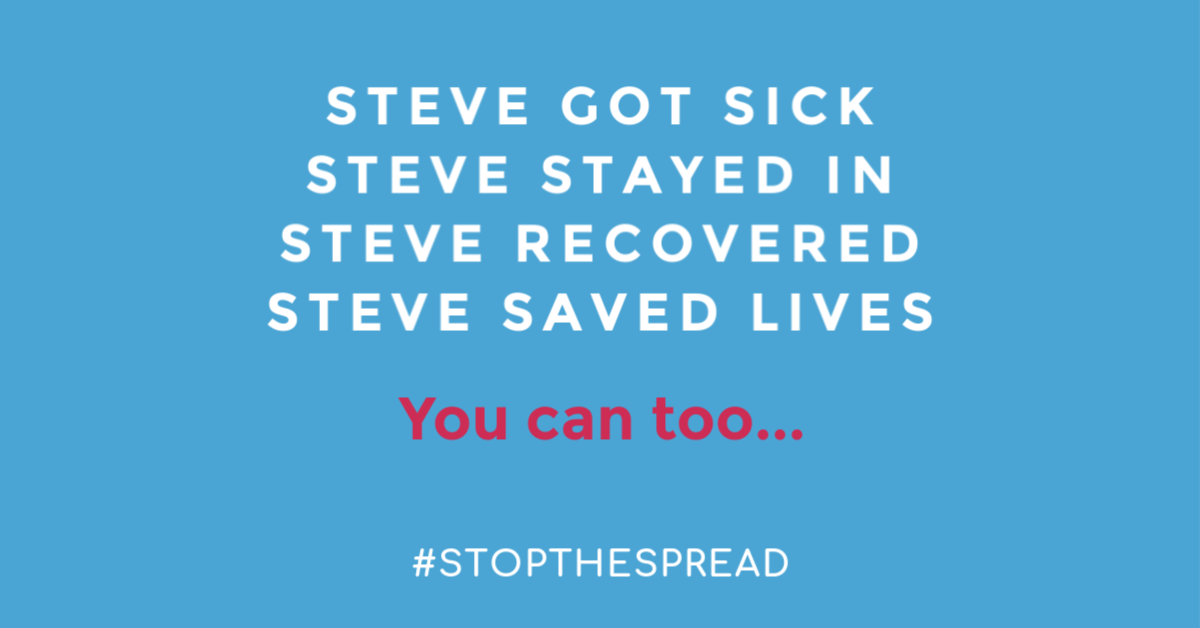 One man’s struggle through coronavirus

Steve woke up one day and just didn’t feel right (Steve isn’t his actual name in order to protect confidentiality). He had a bit of a fever and felt rundown in general. He recently went through a divorce and had been drinking. He thought it might just be withdrawal symptoms. But, just in case, he made a trip to Skagit Regional Health.

He had a fever of over 100 degrees and a cough. Hospital staff tested him for COVID-19 in a tent set up outside the hospital. His blood pressure and temperature were elevated. He had nausea and a headache. A doctor put a stethoscope to his chest and Steve coughed. The next thing he knew, his test results for coronavirus came back positive.

“I’ve been travelling so much, it’s really a tough call,” Steve said, regarding where he may have picked up the virus. “I stayed in a lot of hotels, so whoever had been there before, depending on how well it was cleaned, or it could have been food I picked up at the grocery story. There’s just a lot we don’t know about the virus.”

In 2015, Steve had a stint placed in his heart, putting him at higher risk of complications from COVID-19. At the same time as his COVID-19 diagnosis, he was diagnosed with MRSA, another potentially life-threatening infection. He spent about a week and a half in the hospital fighting off both diseases. At least five of those days were in total isolation.

“Everyone in the hospital was wearing state-of-the-art protection equipment,” he said. They had sealed facemasks with ventilation so their masks wouldn’t steam. I could hear the motors running. For the most part, I saw spacemen and women. You see that kind of stuff and you think, ‘Wow, this is pretty serious.’ You don’t normally see your nurses and doctors looking like they’re walking on the moon.”

Steve grew up in Washington. These years here included the best of his life. So, after his divorce he returned from out of state back here to a place of good memories with hopes for a brighter future. He hasn’t yet found a permanent place to live, so once he was well enough to be discharged from the hospital, Skagit County Public Health provided him a hotel room. This temporary housing allowing Steve to remain isolated from others until he had fully recovered and could no longer spread the virus to others.

“There’s not much to do in 20 feet of space,” he said. “When I get sad or lonesome, I get online or talk to friends or family on the phone and they’re sad and lonesome too. And I watch TV. What else are you going to do?”

When I spoke with him, Steve was preparing to leave the hotel the next day. He had been cleared by Skagit County Public Health nurses. He spoke highly of the hotel staff and Public Health nurses who have been working with him over the last two weeks. They picked up prescriptions for him and ensured that he had meals delivered daily.

He’ll be heading back into his small community soon, which seemed a ghost town to him before his hospitalization.

“They shut down all the restaurants and bars. They shut down just about every public facility except for grocery stores,” he said. “I just pray and feel for all my friends who are suffering and have lost their jobs.”

Watching the news, he feels some stories are sensationalized for ratings, but he wants people to know that this outbreak should be taken seriously and that it is not a hoax or conspiracy.

“There are death tolls,” he said. “People are dying. People are very sick. There are people on death’s door. I’ve seen them. I’ve seen the hospital. I’ve seen people walking around in space suits. This is not a hoax. That is absolutely ridiculous.”

For now, Steve is just happy to be healthy and out of isolation.

“Today was the first day I got to go outside and felt sunshine on myself,” Steve said. “I feel great. I can breathe. I don’t have a headache. I don’t feel nauseous, I don’t have a fever. It was so nice to just walk outside.”

He hopes that this national crisis will help people forget their politics and come together.

“As much as people can connect with each other, that’s gonna help beat this thing,” he said.