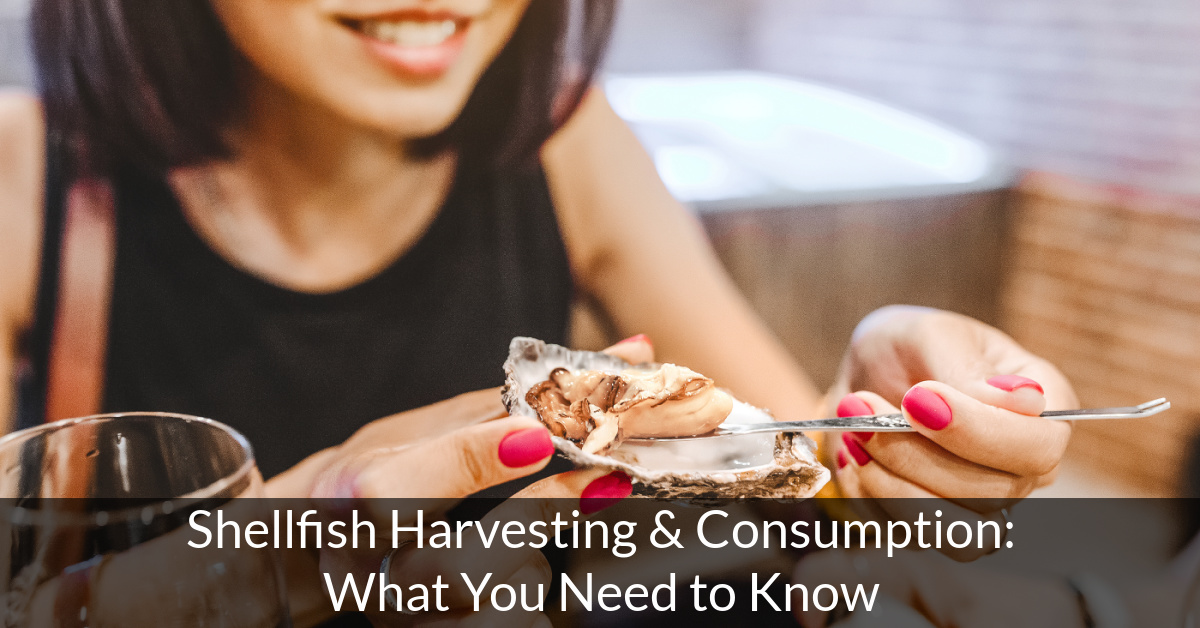 Consuming shellfish with elevated levels of these marine biotoxins can cause serious illness or death. What begins as a tingling sensation in the lips and tongue can progress to a life-threatening paralysis of the respiratory system.

The Department of Health has updated the Shellfish Safety map to reflect the seasonal vibrio bacteria advisory for recreational shellfish harvesting in Samish Bay from May 1- September 30, 2021. Vibrio is a bacteria naturally found in marine coastal waters, normally present in low numbers. When the weather warms up, these bacteria multiply rapidly so shellfish are more likely to be contaminated in the summer.

There are a variety of other bacterial and viral illnesses caused by consuming contaminated shellfish. Proper cooking of shellfish before eating is always advised. Eat only well-cooked shellfish, especially during summer months. Do not consider shellfish to be fully cooked when the shells first open; shellfish need to cook for longer and must reach 145° F to be safe to eat. Click the link for more information on how to handle, store, and cook shellfish.

For questions about shellfish at beaches in Skagit County, please email Samantha Russell at srussell@co.skagit.wa.us or call 360-416-1500. 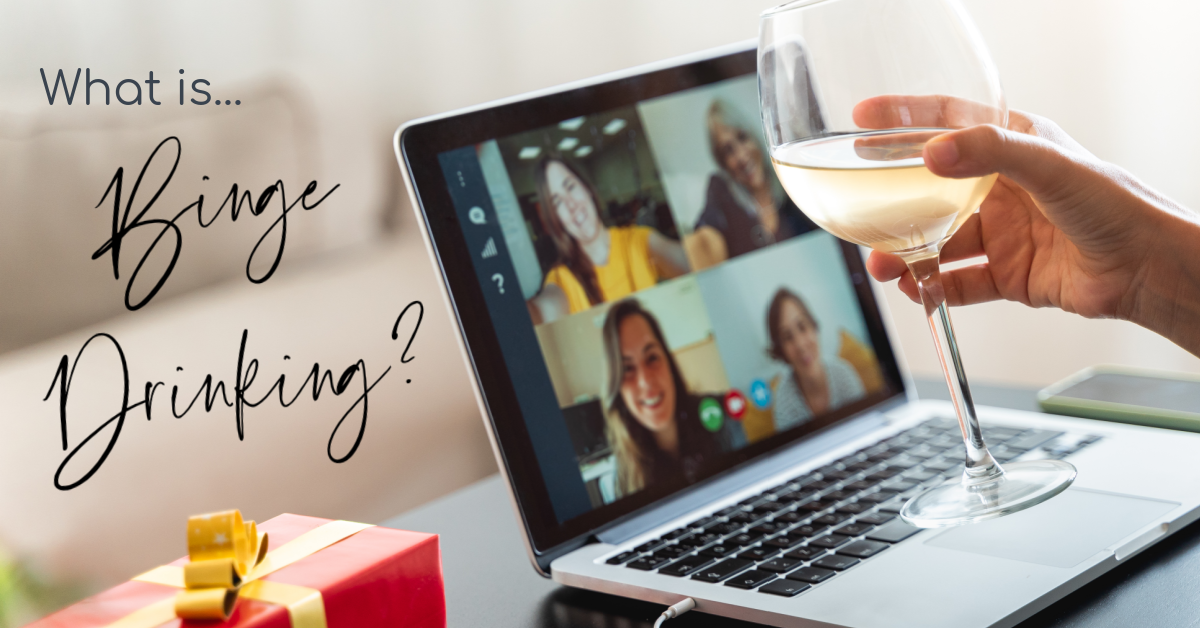 New year’s resolutions aren’t for everyone. Making big plans and setting high expectations for the months to come can seem too burdensome for some—and that’s totally fine! The beginning of a new year does present a good opportunity to reflect on the prior year, though. An opportunity to think about the things that we’d like to work on or change.

This past year was definitely a doozy, and it wouldn’t be surprising if some of our routines were uprooted or thrown out the window entirely. While, before last March, it might not have been acceptable to take a meeting in sweats, or to shower in the middle of the workday, we’ve adapted and made concessions out of pure necessity.

Perhaps, for some, one of these concessions has been around drinking habits. While it was once acceptable to have an occasional glass of wine over dinner or a few cocktails on the weekend, now a quaran-tini (or two) each night has become the standard.

While it’s perfectly fine to have a drink here and there, it is important to monitor one’s drinking habits. When does drinking become “too much,” and when do rates of consumption go from healthy to possibly dangerous?

Isolation, the disruption of routine, and an inability to use pre-COVID coping mechanisms can cause one to feel especially vulnerable during times of crisis. Partnered with other stressors like economic uncertainty or unemployment, an individual may be at increased risk of developing a reliance on alcohol or other substances in order to cope.

What is binge drinking?

Not everyone who drinks—even regularly—engages in binge drinking. Even still, the definition of “binge drinking” may surprise you.

Note: Women metabolize alcohol less efficiently than men, meaning they have higher concentrations of it in their blood when they drink the same amount.

The CDC states that one in six US adults binge drinks about four times a month, consuming about seven drinks per binge, with the highest percentage of binge drinking happening amongst 25-34 year olds. A person who binge drinks may or may not have an alcohol use disorder.

Also of note was that binge drinkers with a previous diagnosis of depression and current depression symptoms had greater odds of increased alcohol consumption compared to those reporting no depression.

Why can it be dangerous?

Binge drinking is associated with many short- and long-term health problems. Short-term side effects include:

Tips for a healthier relationship with alcohol

Keep track. Whether you can keep track in your mind, or you need something in writing to help you monitor throughout the week, it may be a good idea to have a system in place. Did you have a few drinks over the weekend? Maybe take a break for a few days this week. Even taking a couple days off from alcohol can help your physical (and even mental) wellbeing!

Count and measure. Being your own bartender at home can surely be cost efficient, but it can also pose a challenge for proper measuring! According to NIAAA, a standard alcoholic drink is 12 ounces of regular beer (usually about 5% alcohol), 5 ounces of wine (typically about 12% alcohol), and 1.5 ounces of distilled spirits (about 40% alcohol). Keep these measurements in mind when pouring (and counting) drinks.

Set goals. Along these same lines, try setting some goals for yourself over the coming weeks. Maybe it isn’t realistic right now to cut out alcohol together. How about cutting out a drink here and there to start, and work your way into a healthier routine? Don’t get discouraged if you lapse or if you have to start over. Changing behaviors can be extremely difficult—but also entirely doable! Maybe set a goal with a friend or loved one so that you can work toward a common goal together, while also keeping one another accountable.

Find alternatives. If having a drink at 5 o’clock has become the norm recently, try replacing this habit with something else. Try taking a walk during this time, or taking a hot bath. If having a drink makes you feel calm, find something that provides a similar sensation. If you feel like a drink is a nice way to treat yourself after a long day, find something else that feels like a little reward. Just be sure not to replace one unhealthy habit with another!

Avoid “triggers.” A trigger can be anything that causes you to want to drink. This could be something stressful like watching the nightly news or scrolling social media. However, it can be something pleasurable like cooking a meal or video-chatting with a friend. It is important to recognize what your triggers are in order to plan for and work through it.

Remember non-alcoholic drinks. For some people, just having alcohol in the house can pose a difficulty in regulating consumption. If this is the case, move the alcohol out of the refrigerator, or avoid having it in the home altogether. Try having something in the fridge that you can go to instead when you’re craving a drink. Carbonated water (which comes in a variety of flavors) can be a nice go-to, or even diet soda.

Need a little extra help? That’s okay! The Washington Recovery Helpline is a great resource available to all Washingtonians who may be struggling with substance use. Call 1-866-789-1511 to speak with a specialist (available 24/7/365). You can also text this same number during Monday-Friday between 9 a.m. to 9 p.m. for treatment options, resources, and referrals.